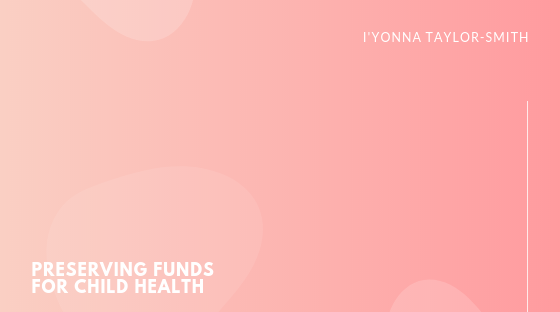 CHIP provides low-cost health insurance for families who have children under the age of 19.

According to the American Academy of Pediatrics, 223,583 children in Ohio relied on CHIP in 2016.

In Ohio, CHIP is also known as the Healthy Start Program. Almost $45 million is spent on CHIP per month and 97% of those funds are from the federal government.

In October of 2017, Congress let CHIP’s funding expire, therefor many states ran out of funding starting in October until the end of the 2017 fiscal year.

Fortunately, in Ohio, CHIP is covered through Medicaid so the funding or it has not completely run out despite much of states doing so themselves.

Kimberly Johnson, program manager for Help Me Grow in Mahoning county said that CHIP running out will impact the company regarding home visits and resource programs.

Johnson said, “CHIP getting cut will affect the families. We have a lot of families who qualify for that because we pick up the people who fall in the middle of the road. They call them the working poor, which is a sad term but people who have jobs but don’t have jobs where they can get insurance given to them or it’s so expensive that it would defeat the purpose of working.”

Every year, Help Me Grow in Mahoning County helps about 700 total women per year with home visits and services to children until the age of five.

Help me grow services mothers from age 12 to women in their thirties. “A lot of women as they get older become high risk because of their age so we still do home visits with them also because of that,” Johnson said.

Help Me Grow is just one of the many services for pregnant mothers to go through to ensure that their children receive the proper care they need.

Johnson says that these programs are critical and the more that are available to these women we will always see improvement in society when it comes to pregnancy health and healthy births.

Senator Charleta Tavares, an advocate for continuous CHIP believes that it is something all states should have no matter what. She believes that the program has undeniable success so there should be no reason to stop it, unlike some states have.

“We have not heard anyone denying it’s a very successful program. It has received bipartisan support at the federal level and at state level. There are some states I believe that are trying to curtail CHIP.”

Without the state having CHIP, Tavares believes that children will be much more ‘acute’ in the diseases that they get if the state does nothing to protect them while they’re young.

Tavares notes that the legislator to propose and begin the CHIP program, Former Ohio State Senator Ray Miller, was in Ohio.

Miller is known for being the main sponsor in some of the most substantial education, health care, and human services legislation in the state of Ohio. For years, Miller served on the board to bring social and cultural change though legislation.

Some of these legislations include the creation of the Community Mental Health Act of 1988, Ohio Department of Alcohol and Drug Addiction Services, and the Ohio Commission on Minority Health of which he serves as Founder and Chairman.

“He started it with three pilots then created a state-wide program. So, we had a program in Ohio before any of the other states” she said praising him while adding that April is Minority Health Month.

It is critical that states, especially those who have many pregnancies in families below the poverty line and other major risk factors get to get the help that they need to have a healthy journey through motherhood from start to finish.

To tackle this issue, there must be a strong foundation and Tavares believes it starts with the law.